Why Is Mobile App Localization Necessary For So Many Businesses These Days? 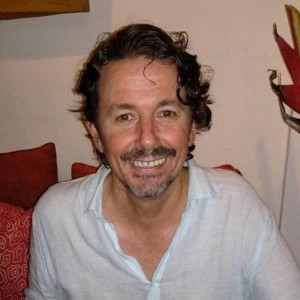 Mobile apps are one of those great inventions that can be used globally because they can be translated into other languages without too much difficulty. Even in some of the most remote parts of the world like the Himalayas there are cell phone towers to aid communication. Of course, what goes with that is an endless array of apps. You can be sitting at the Annapurna Base Camp in the heart of the mountains in Nepal watching news back home or playing some of your favourite online games.

What are the different kinds of mobile apps?

When you buy a mobile phone there are apps already downloaded on to it, such as Google Maps. Most people prefer to choose their own apps, like Petrol Spy, which is free to download and tells you the latest prices for petrol anywhere you choose. There are also many apps that are available through certain companies for which permission may be required before they can be downloaded.

Some of the most popular apps

Lifestyle apps are both popular and readily available, such as those to do with travel, fitness, dating, food and music. Some common examples are Trip Advisor, Spotify and Uber. When it comes to social media, the most popular ones are Facebook, Instagram, Twitter and Snapchat. Of course, you need the internet for most apps to work well. If you use Google Maps you will only be able to get direction if you are online.

The Utility Mobile app is usually pre-installed on your phone when you purchase it. It includes weather, calculator and a flashlight. The Entertainment and Gaming Mobile apps are the apps that are found all around the world. They bring in a huge amount of revenue to their owners. Productivity Mobile apps are commonplace these days, as more and more people are on the move or take their work with them. These include Evernote, Wunderlist, Google Docs, Google Sheets and Wallet/Pay. New on the Move is a favourite and there are many apps available to follow the trend. These include Google Weather and News, Smartnews, Feedly, Buzzfeed, Feedly, Flipboard, Pulse and Reddit.

Many apps have gone through the localisation process so that all language groups can benefit from them. This includes, in particular, social media apps. Mobile apps that are popular in China are WeChat, Renren, Sina, Weibo and Renren. QQ and QZone are also being used more often by Chinese social media users. Line is a popular app in use in Japan and also in South Korea, which enjoys KakaoTalk. VKontakte (VK) is one of the biggest European social networking sites. Taringa! has Latin American social media users on the go, while Tuenti is used instead of Facebook, made accessible just to speakers of Spanish.

A mobile app attracts high revenue when it’s translated into the world’s key languages. If it’s not, then it will only reach one language group. Google Play and the Apple store have made it easy for potential purchasers to view and buy apps, but what they choose to buy is limited by the localisation of the app.

Success of a mobile app is in part dependent on localisation

It’s the barrier created by language which is the biggest problem for industries and organisations. Millions of individuals throughout the world every day download mobile apps. Data from Statista shows that in 2017 alone there were 178.1 billion global downloads of apps. By 2020, it’s expected to reach 258.2 billion. The most popular are Facebook, at 81 percent, YouTube at 71 percent, Google Maps at 57 percent, Google Search at 61 percent, Instagram at 50 percent, Snapchat at 50 percent, Google Play at 47 percent,  Gmail at 44 percent and Pandora at 41 percent. Across a selection of countries, TechCrunch showed the average use daily in different countries of mobile apps. They are as follows:

To any business person who develops mobile apps it’s in his or her interest to consider a translation strategy. This is so your app is made available to other language speakers. English speakers aren’t likely to download any apps that they don’t understand, but non-English speakers think the same way.  It wouldn’t be any surprise to an app developer the fact that of the world’s app users 72 percent can’t speak English. Most developers of course develop their app in their native language but this is only part of the job of developing an app. Most apps are designed to be used globally so they have to be localised.

According to research the most important languages for app localisation are:

This means those language speakers have the cash to burn on apps for a variety of purposes, such as shopping, education, cooking, communication business, banking and entertainment. Mobile apps do make life far easier for many people.

The translation tools for localising an app.

People who purchase apps don’t just want to view the app in their own language in a word for word translation but they want to see it in their dialect which includes familiar nuances and cultural references. This makes the language feel normal to them and in a tone they can trust. Apps like Google Translate don’t yet have the capacity to perform unique translations. This skill is only available through a human translator who understands the nuances and flow of the pair of languages. Any app that hasn’t been translated by a human translator won’t attract the same customer base.

Apps are part of the global world so an app developer is wise to get his or her app translated so it can reach the global customer far and wide.

A Digital Marketing Agency with One Goal for its clients, increase sale and improve your return on investment.

Have a question?
Click the icon below to chat or book in for a free 30 minute strategy session.